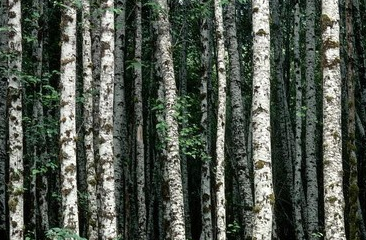 The Red Alder, or (Alnus Serrulata) Elliptical leaves, approximately 3-6 inches long, shiny green in color, with tips that are pointed and, edges that are serrated. The Red Alder gets small pinecones, about an inch long, and has splotchy-grey bark. The Red Alder is found mainly in the coastal, and lowland areas of the Pacific Northwest, and is the most important hardwood in the Northwest.
Diseases and Insect Identification and Control – Most trees in the Alder family actually are not affected by many diseases when they are young (40-50 years). The Red Alder can be suffered by numerous foliage and catkin diseases, but none are an economic threat.
Alder Phytophthora Disease – Premature leaf drop, stunted leaf growth, and spots on the bark are common symptoms

How to Combat and Treat Diseases – Clip and destroy diseased areas.

Insects – Alder trees are bothered by a few insects, including the:
Alder Leaf Beetle (Agelastica alni) – Larva are black, and adults are black to metallic blue in color. These beetles love to eat holes in the leaves of the Alder.
The Common Sawfly (Heterarthrus vagans) – Sawfly larvae look like caterpillars, with lots of legs and false legs. The larvae could appear alone but are more likely found in clusters. Look for them lined up on the edge of needles or leaves. They may curl up in a defensive “s” position if you disturb them. Sawfly larva cause leaves to drop prematurely. If you want to keep your foliage, have them treated ASAP.
The Birch Leaf-Roller (Deporaus betulae) – These are small caterpillars that roll the leaves around themselves for protection. The leaves will brown and curl when this insect causes damage, and eventually the leaf will fall.
Insect Control – Have them professionally treated, to prevent and control the damage.

TIPS:
1. Many Alder Tree diseases are caused by excess moisture and oversaturation.
Pacific Dogwood – (Cornus nuttallii) Is all over the place in the Pacific Northwest, and it grows up to 60′ in height, but usually smaller. The leaves of this tree are beautiful when they turn bright red in Autumn. They are about 3-5″ long and ovate. The flowers are white, tiny, and have 4-6 stipules surrounding them. The tree also produces flat, reddish berries in clusters, that are edible, but bitter. The bark is gray and smooth. The Pacific dogwood does its best in deep, well-drained soils, that are course in texture, a lot of times you’ll find them under Douglas-fir, grand fir, and western hemlocks. The wood has been used for piano keys, and the Pacific dogwood makes an attractive ornament in gardens.
​

Diseases and Insect Identification and Control

Powdery Mildew – A fine, white, powdery film that covers foliage and shoots. Spores are spread by the wind, and this disease if not caught quick will cause leaf scorch, dead patches, discolorations, and eventual loss of tissue. This should be treated with fungicide and followed up on repeatedly throughout the warm months. This disease thrives in moisture and congested areas of growth that have high humidity and poor air flow. Catch it early, this one can be devastating.

Spot Anthracnose – A disease caused by a fungus named Elsinoe corni, a very common leaf disease found in dogwood that flower. The leaves usually do not start getting attacked until after the flower bracts get eaten, so this is always a good place to check. Symptoms consist of small tan spots with reddish to purple borders. Another common symptom at more accelerated stages, is leaves becoming wrinkled malformed. This disease survives through years of growth, by setting into stems and tissues of the plant, allowing it to be dormant in the cooler months and come back when temperatures reach 65 to 75 degrees. Just like any fungus, the disease thrives in humidity and places with lack of airflow.

How to Combat and Treat Diseases

Generally, Spot Anthracnose disease doesn’t cause a lot of damage. However, after years of being attacked, the tree starts to weaken, so it is recommended that you have a fungicide applied right before bud break, and once a week until blooms are fully opened. To prevent this disease, it is recommended to thin out the canopy, allowing air to move freely through the tree. Also, try to plant in areas where moisture doesn’t pool.

Dogwood Borer – The larva of the clearwing moth is referred to as the Dogwood Borer. The insects are about 5/8 of an inch long, and they are off-white colored with a red to the red-brown head. The eggs are laid by the female moth on the bark of the Dogwood, and the only way the colony can become established is if the find an opening in the bark, or a hole in the tree. The feed on cambium in the tree, which is the place where the water and food carrying cells of the tree are produced. If the pests destroy the cambium, the branch, or the whole tree can die. Signs to look for, are leaves turning red, and dropping early. Bark will fall away from the holes or entry points where the larva entered. Large trees that are more established, show signs of infestation by developing large knots on trunks and large branches, and the older trees will also seem to lack vigor.

Dogwood Club-Gall Midge: A tiny fly, about one-sixteenth of an inch long. Female midges will lay their eggs leaves of the dogwood. Then, the larva hatches and enters the stem. As the larva grows and eats, a growth up to an inch in length that resembles a club- or spindle-shape tubular swelling, also called a gall forms at the tip, or along the shoot. The twig area past the gall may die. In the beginning of the fall season, the larvae make their exit holes in the galls. They then fall to earth where they survive the winter. An early symptom is a wilted or deformed leaf. Slight cases will not cause much damage, but infestations can stunt the growth of the tree.
Insect Control – For Club-Gall Midge, cut off affected areas, and burn them before the Midge makes its holes for exiting the gall. For Borers, keep the tree healthy by fertilizing and proper watering, and keep the trees from being damaged by flying objects, weed eaters, mowers, etc. 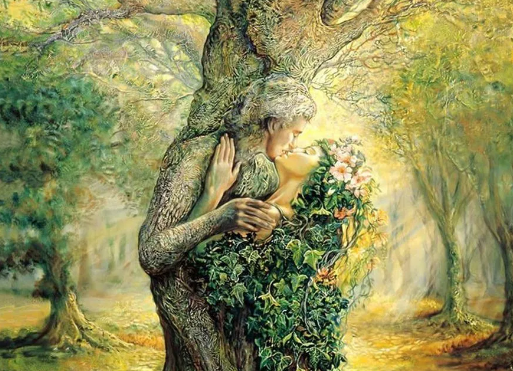 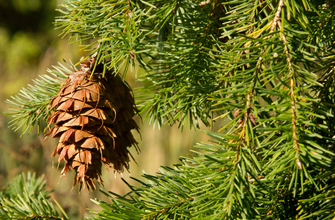